Where are all the listings? No, seriously, where are they? The widespread predictions about the pending market collapse have had plenty of time to set in, but we just don’t see them materializing. I guess it’s a good thing the market isn’t collapsing, but it leaves us guessing as to where it’s headed, both long and short term. The more I read, the more I find diverging opinions. This wasn’t the case a few months ago. When we first saw interest rates rise above 5.5%, there were some universal truths we were all supposed to get comfortable with and none of them were good. 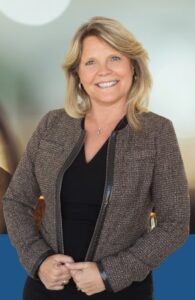 The noise we heard back in March sounded a bit like this: as interest rates rise, housing prices will fall, inventory will increase dramatically, houses will sit on the market for an extended period, so days on market (DOM) will rise accordingly. To be honest, I can’t see any of that happening in the August 2022 results for all of Northern Colorado. I’m not saying that those predictions won’t come true, but interest rates went north of 4.5% back in late March, so we should be seeing at least one of those predictions come to fruition by now. It’s been more than five months, so I’m asking, how long do we have to wait?

If you look at the results from Longmont this past month you will clearly see the average days on market (DOM) for single-family homes dropped by 13 days or 22.4%! You’ll see that the sold % compared to asking price dropped by the smallest of margins. And you’ll also see median and average prices went up by 7.3% and 12.3% respectively. This is nowhere near the cliff of destruction scenario we were fed earlier in the year. Interest rates surpassed 5% in the middle of April. That seems like plenty of time for this major correction to have begun in earnest.

Most areas in this report show similar results with a few notable exceptions. The DOM went up in Boulder attached, Superior single-family and the southeast county attached market. All are explainable. In Boulder there were 14 closings at Walnut crossing between $1.2M and $1.685M listed for between 137 and 358 days. Remove those outliers from the mix and we have 54 DOM, which is only 12.5% increase. Superior is not a normal market right now. It’s bouncing all over the place due to the fire and its low monthly sales volume. Its 4 sales last month averaged 35 DOM, so this is definitely not any kind of leading indicator. And finally, the southeast county attached homes had 3 big outliers of new construction that were on the market for 200+ days. Remove those and DOM is +1. A big nothingburger. Interest rates crossed above 5.5% in early June…over three months ago… that seems like plenty of time for this market to have cratered as predicted.

The casual observer may look at the raw numbers in this report and think something is rocking the market. Days on market should be up, but it isn’t the first sign of the apocalypse! Most likely, higher interest rates are having their intended effect of tapping the breaks on the economy and the over-enthusiasm of buyers. For instance, there were only three attached homes in Boulder that sold last month that were under 16 DOM. We haven’t seen that in a few years. But consider there were 22 closing of said attached homes in Boulder for over $1,000,000 for a total sales price of over $31M and they sold at 99% of their asking price. I’d say that’s still pretty strong.

I know buyers, sellers, agents, lenders and title companies are all feeling the change in the market. There certainly is one. And to be honest… there are some reports of rising inventory in certain areas. When we look back over the past few years, it was really difficult when there were only 40 active listings in town. Now that there are 125, the math says we have about a 300% increase, but when we apply the months of inventory evaluation, we only have about 2.1 months. This is such a better place to be than the .5 months we’ve become accustomed to.

The graph I prepared this month shows, even with slightly elevated inventory and slightly fewer closings, we have listed 23.0% fewer homes this year than in 2019. It has to be the lowest listing year ever. I’m not going to go back and pull all the past listings data for every year, but I can tell you I looked at 2009 and 2010 when nobody wanted to list their house because they had to compete with so many foreclosures and 2022 is lower than those years too…about 35% lower! I added the high and low data points to each month to give you an idea of the volume of listings.

Last item is something to chew on; something we haven’t had to consider in many years. For those buyers who want to buy sooner than later, have them go talk to their lender and ask what kind of interest rate buy-down they can do to make their payment acceptable. Then, make the cost of the buy-down a part of their offer. I did the math with Bill Rodriguez at Cornerstone and, in almost every case, it makes much more sense for the buyer to go that route, rather than getting a price reduction. In many cases, it’ll cost the seller less too. Food for thought.